Just back from a great weekend where I got to immerse myself in words and wine. Words, because it was Nelson's Fifth Annual Elephant Mountain Literary Festival. Wine, because the opening gala has a wine-pairing thing where four different writers are "paired" with four different wines, and you get to try them all out as long as you're not driving; thanks, Ted! The only thing I missed was Caroline Adderson's talk on craft on Wednesday night, and already I'm kicking myself. (I'd just got my studio painted and was attempting to put it back together). Missed seeing Lynn Krauss, who's been part of the festival organization committee pretty much since EMLF began. Next year we're going to see her dancing! 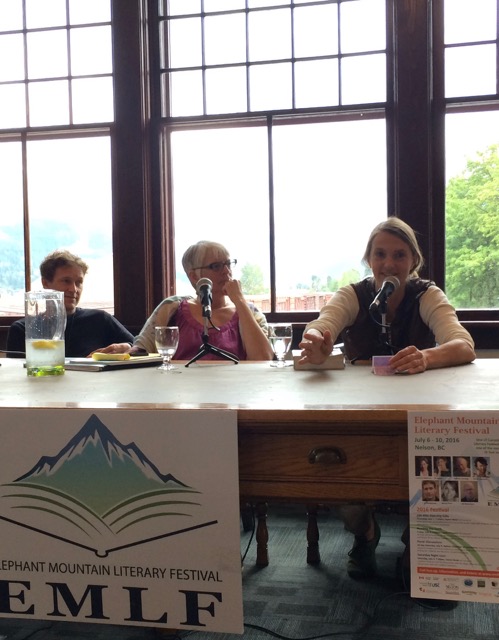 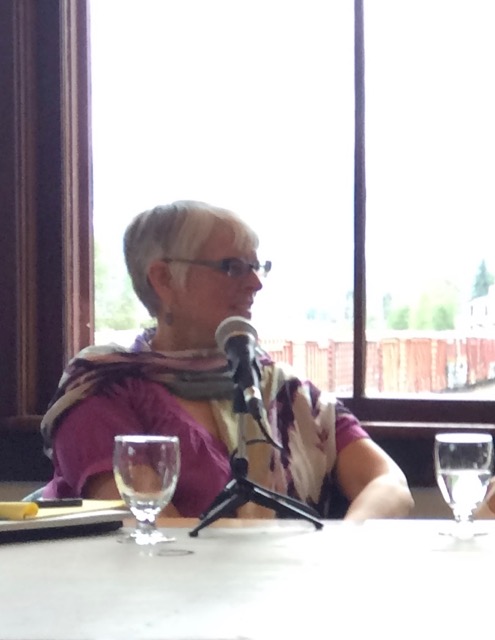 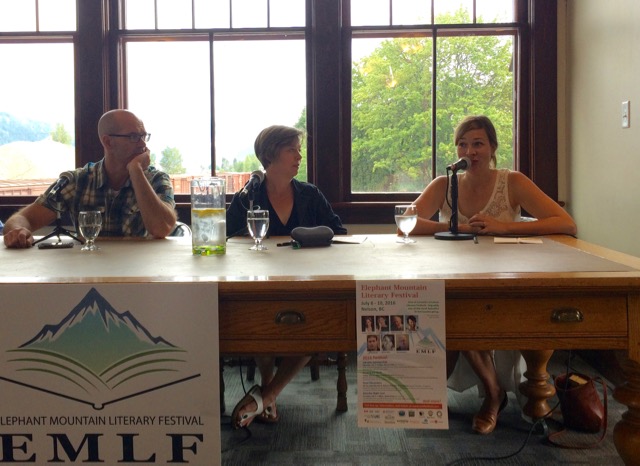 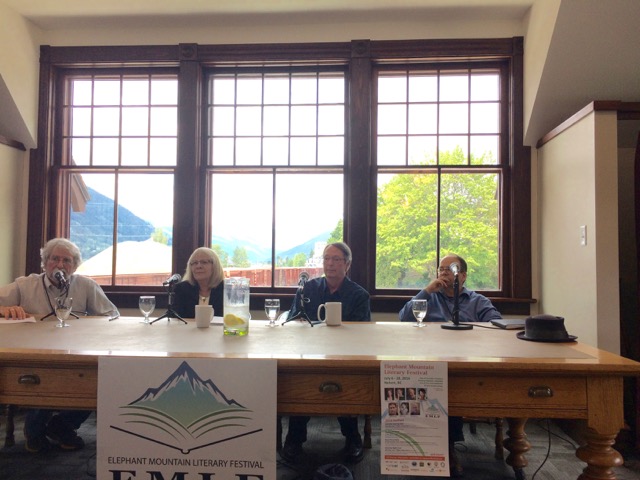 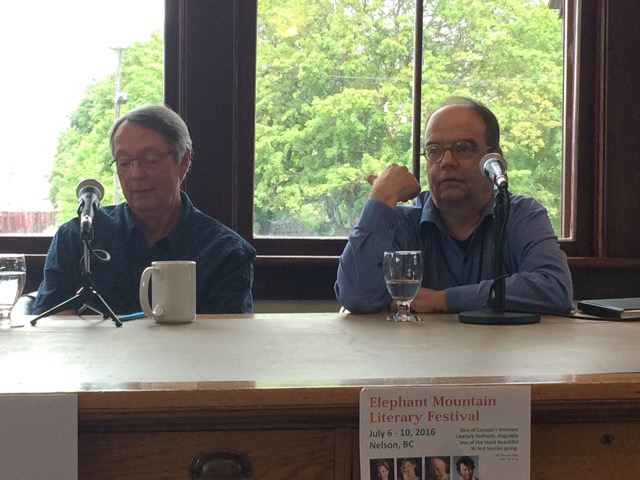 Something new at EMLF this year was the Holley Rubinsky Memorial Blue Pencil Sessions, funded in part by a generous bequest from Holley who died last August. Caroline Adderson was the writer-in-residence for this and from what I hear those who took advantage of the 40-minute one-on-one sessions got marvellous feedback from her.

Posted by Linda Crosfield at 16:34

Thanks for sharing these photos, Linda! I hope I can attend this festival in future years. Have been wanting to get to it. Looks like a fabulous experience. :)