The other day I received an email from Judy Kleinberg who is working on a blog post of tips for poets interested in participating in the 10th Annual August Postcard Fest and wanted to know if I had any suggestions as to how to organize/manage/write postcard poems. To celebrate a decade of this poetry-writing frenzy there's going to be an anthology published next year and Judy's one of the editors. Judy produces wonderful found poems like this one:

I've been doing this since 2007, the year Paul E. Nelson and Lana Hechtman Ayers, two Seattle-area poets, came up with the idea. For the paltry sum of USD$10 you sign up, get a list of 31 names and addresses, find yourself a bunch of postcards and stamps (mostly US; the majority of participants are from the States), and get writing.

Paul posted a comprehensive list of instructions here. The idea is to write your poem directly onto the card (ie. no practice drafts!). I don't think I was able to do that for the first three or four years, but now I find the process to be exceptionally liberating. Combing through old blog posts to do with August postcards, I found the following:

For the first few years I found this (writing directly onto the card) to be well nigh impossible. What if I got going and ran out of room? What if I got the line breaks wrong? What if it was too bad to send? What if I thought of a better subject to write about? Well, honestly, after a few years of sketching the poems in a notebook first, I came to realize that I could write directly on the cards and the world would't end. Now I love the process. I love surprising myself with what comes out of my pen. And there's something very satisfying about the physical act of mailing the card to someone — most often a stranger, and it's both amazing and gratifying that many of those strangers have become "friends" through Facebook. Many of us send the requisite number of cards to the assigned people plus several others to folk we've exchanged with in the past.

It just so happens that I've been busy cleaning up my basement studio so Judy's tip request couldn't have come at a better time.

I take photos, front and back, of every card I send. Mind you, with changes to hardware over the past decade I would be hard-pressed to find the earlier ones, but I can locate them from 2011 on. I use keywords: postcards/postcard images (for when I just want to see the pix, as in the attached)/the year, and thus can find them pretty fast. 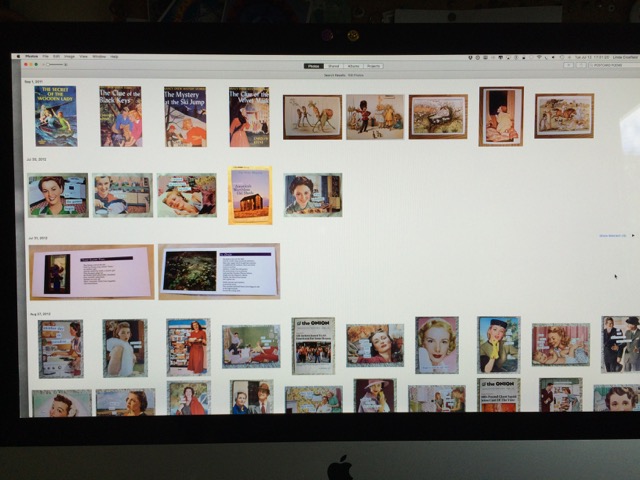 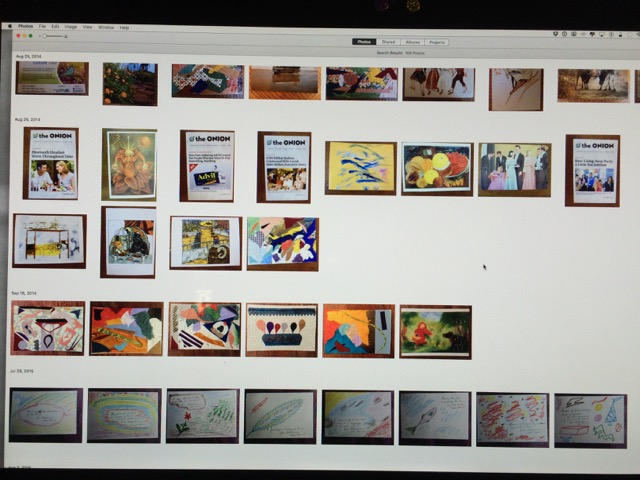 Once written, I transcribe the poem into a Word doc with the name of the person who will receive it. (For some reason, 2010 has gone AWOL, but I'm sure it's around somewhere!)

I've prodded myself with various prompt devices over the years. There's a fabulous postcard store on Granville Island in Vancouver where I've picked up several cards. In 2011 I went with a box of Nancy Drew cover images. In 2013 I used  epigraphs culled from poems in that year's Griffin Poetry Prize Anthology.

I've even started making some of my own cards, sometimes using coloured pencils, sometimes pasting together a collage from off-cuts of paper I use for the books I make. These are my favourites now, and for someone who felt like she failed any art class she was ever in, this is huge!

I used one of my collage images as the cover for a chapbook I did for Ottawa-area poet Carol A. Stephen. 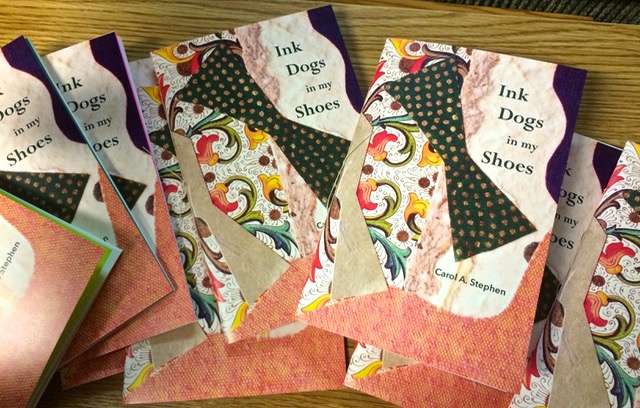 Another became the cover for one of Jan de Bruyn's novels. (Jan, who's 98 now, is still writing novels "to keep his mind fresh". He gets me to publish six copies of each, for himself and his children. Jan was an English professor at UBC for many years and is responsible for starting Prism International, the university's lit mag). 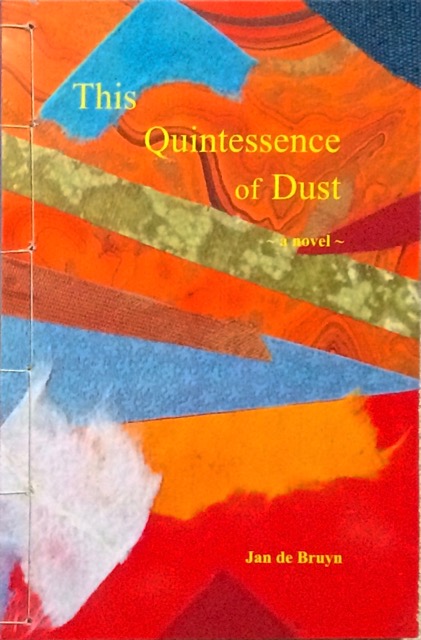 Five of my postcard poems appeared in the fall 2014 issue of the New Orphic Review. 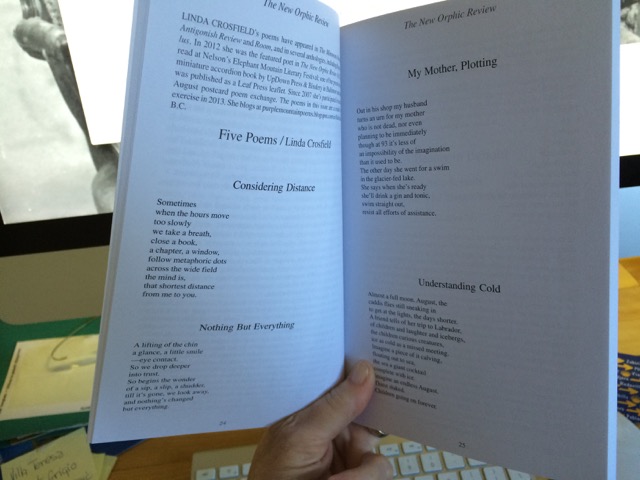 Proceeds from this year's postcard exchange will go to support the 4th Annual Cascadia Poetry Festival to be held in Seattle November 3–6, 2016.


If you want to exercise your poetry muscles, this is a great way to go about it.

Linda, I love when people report that moment when they "get" the fest and just write onto the cards. As you've found out there is something liberating in that practice and also something scary and yet one begins to get it and be surprised by that direct connection to the muse, to the duende, to the collective unconscious, whatever you want to call it. Thanks for writing this and for your ongoing inspired participation.

Thanks, Linda! So lovely to meet you face to face and to be able to hear your voice in person. Now I will hear you speaking the words of your postcards, poems, posts... Hugs. Judy

Hi Linda! Just read your lovely blog post, mainly in preparation for the 2019 cycle. Great ideas all. This year I will vow to put the poem on the postcard first!