OF AS YET UN-MET POET FRIENDS, AND A NEW YEAR DAWNS 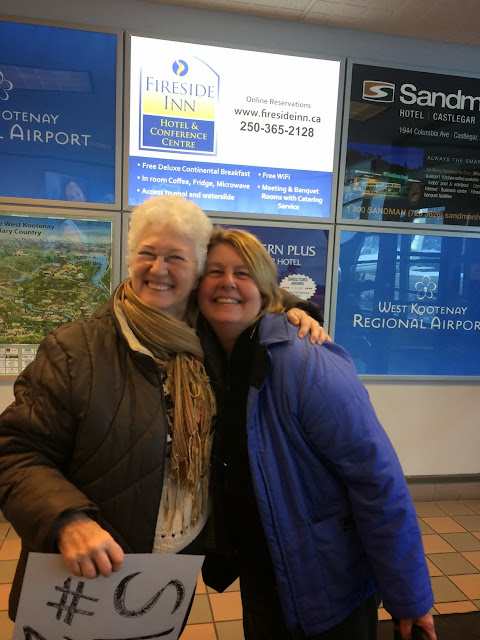 After turning the house over to the best house sitter in the world, our friend Leanne, Ted and I drove to the coast (interior of BC talk for driving to Vancouver) on New Year's Day. We'd been watching the weather forecasts for the last two weeks and chose January 1st as the day to do it as a) the weather looked reasonable, which you want when traversing mountain passes and b) there's usually less people traveling on the holiday. Roads were bare pretty much all the way which is a welcome surprise this time of year. Not a lot of snow anywhere. If you're reading this in Ontario or the Maritimes, I'm sorry! I'm sure we'll be getting a turn any year now. 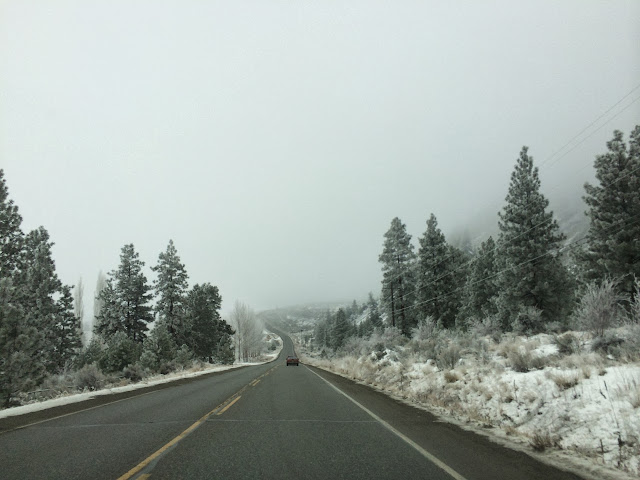 We're off to Mexico for three months, but I wanted to do a first post for 2014. Last year was a wonderful year for blogging, for me. In April I paid homage to National Poetry Month by posting every day, and sometimes I reviewed books of poems which led to new friends of the cyber variety, and more readers.

To that end, today I'd like to mention some poetry books that found their way to my house over the last couple of months.

I will forever be in Ottawa-area poet Carol A. Stephen's debt for two reasons. I first heard about ModPo (an introduction to modern and contemporary American poetry) an amazing MOOC with the University of Pennsylvania's larger-than-life prof, Al Filreis, from Carol. I signed up for it in both 2012 and 2013 and was introduced to a swath of poets I wasn't familiar with and to a great, shifting, wonderful community of like-minded people from all over the world who also took the course. And it was Carol who told me about The Light Ekphrastic, the collaborative website I've mentioned a few times on this blog, where both my poetry and visual art has appeared. I've enjoyed reading her blog posts (like mine, displaying a fondness for poetry and somewhat sporadic) and was very glad to get copies of both her chapbooks, Above the Hum of Yellow Jackets and Architectural Variations.

The sentiments expressed in Secrets of a Poet, the  first poem in Above the Hum of Yellow Jackets make it feel like one I could have written. It begins

It isn't that I fear
what happens after death,
not if I believe the spark
returns to the energy of the universe.

I fear the not knowing.
I fear unfinished poems,
muse going off after you die
to serve the musings of the next
poet off the assembly line. 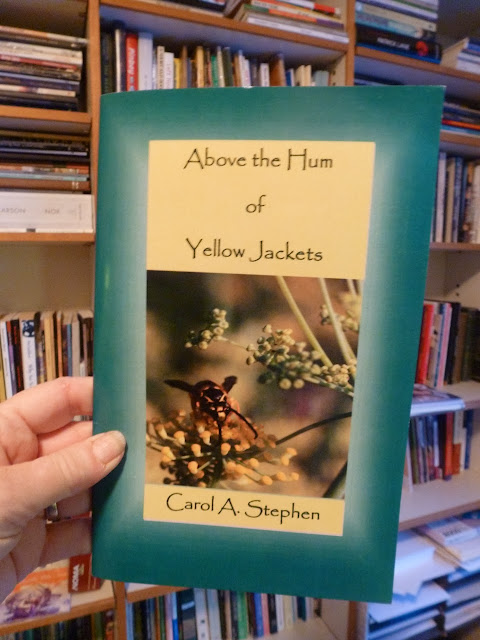 In Architectural Variations Carol takes us through various rooms in many different houses—from Rome to Cabbagetown to tumbledown places on the Madawaska River.

It is oak and weathered, this door to somewhere.
On the near side, all yesterday and memory.

So begins Knock and Enter, a poem that showcases Carol's prowess at succinct, redolent descriptive language. Further along in the poem she says

Carol shows us around house as woman like a confident real estate agent, as in Letting Go where she writes

when a house creaks. when she sighs in winter. she
dreams past lives, sunk deep into her bones, the way
she feels when wax is rubbed deep into her floors.
the way she felt when she was new. 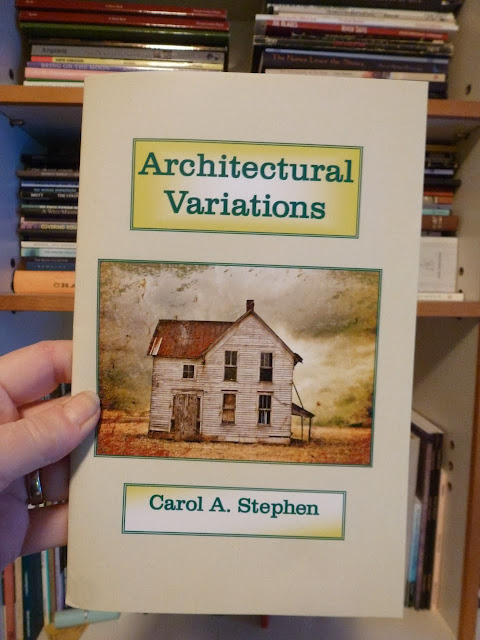 Published by Joe Blades' Broken Jaw Press, From Shore to Shoormal is a collection of poems written by Acadian poet, Donna Allard, who lives in New Brunswick, and Shetland Island poet, Nat Hall.

I have long had a soft spot for New Burnswick as it was there, during a visit to Bathurst in the early seventies, that I first ate oysters. Still love 'em—had a wonderful feast of same Christmas Eve in Nelson, as a matter of fact. I first encountered Donna on a list serve via the Canadian Poetry Association about a decade ago. 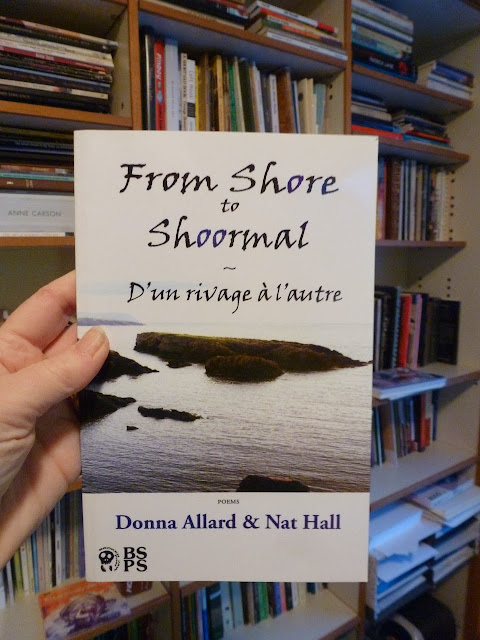 The poems within are a homage to life on opposing shores of the Atlantic Ocean and as well as the originals, written in English and translated into French by Nat. In her long poem, Northwest Passage, Donna paints us into her landscape with

warmth off a wood stove, coffee
fried eggs, bacon spit at each other in cast iron pan

rubber boots, near the back door, they wait for their master
as the morning sun zips its warm jacket and leaves

Nat Hall was also involved with the CPA and keeps a blog. The images in Nat's descriptions of her shoormal are just as evocative as in her poem Treasure Hunt when she entreats us to

Get your map out.

never lose sight of your compass.

A couple of her poems are in three languages: English, French, and the Shetland dialect. I'd love to hear how the latter sounds aloud.

I had to nod in appreciation at how Nat finishes off her poem Havra:

It's in our eyes that big blue dream,
I still feel it back on mainland—
it tastes like salt there
on my lips.
For all you know,
I'm still drinking the Atlantic
like a long shot of
tequila.

With any luck at all, I'll be having a similar sip of the Pacific this time tomorrow in La Manzanilla!

One of these days I hope to meet all these women in person. I know we'd have a lot to talk about!

Happy New Year, everyone, and thanks, as always, for reading.

Gee, thanks, Linda! I appreciate the kind comments.

And so jealous of you going again to Mexico. It has been 30 years since I last visited there, but I know how lovely it is. Enjoy yourself!

Just re-read this blog post and wanted to say thanks yet again. It's always eye-opening to see my poems through other eyes

Just saw this, Carol, and thank YOU again! I enjoyed rereading your poems, too.

Just to say: ModPo is coming to Montreal in October, and finally I am hoping to meet the ModPo group, after 6 years of ModPoing! Carol