Last week Kathryn Soloveoff-Robbie of Ootischenia launched her chapbook, "If Memory Infuses Dust and Other Poems" at the Mir Centre for Peace at Selkirk College in Castlegar. 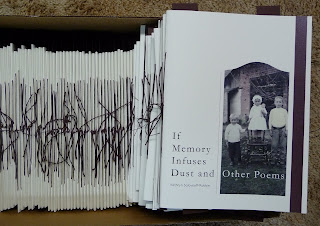 Kathryn is what you might call a reluctant poet, at least as far as publishing goes. During the Q and A session after her reading, she admitted that she has written for years—decades, now—and she writes strictly for herself. She ruminates on something for awhile, up to a year, sometimes, then jots down the ensuing poem on an envelope or a paper bag and after reading it to a few friends on the telephone, she stuffs it into a drawer. She may, or may not, be able to find it if you ask. 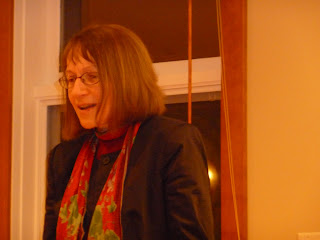 But what poems! I first heard her read at the Brilliant Cultural Centre in 1995. It was a Doukhobor celebration/event, and she was one of the presenters. She got up and read four or five poems and she knocked my socks off. Later, I found out it was the first time she had read in public. 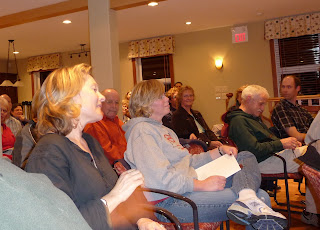 We were in a writing group for a few years, together with Judy Smith, who's living in South Korea now, and Suzanne Schurmann, who's in Newfoundland, Barb Little, now living in Revelstoke, and Judie Gray, who's still in Castlegar. I was new to town, Kathryn's kids were still young and she was just getting over burying her husband.

She does not pursue publication; it comes to her because she has friends and colleagues like Myler and Linda Wilkinson who know how important her work is. A professor in Russia is in the process of translating several of her poems into Russian, and they will be published there in a literary journal. 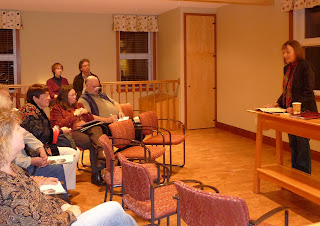 Three generations of Soloveoff-Robbie women were at the Mir Centre last week. "I'll tell you a story," said Kathryn, prefacing a poem, and we were drawn into a labyrinth of story, of words, of how they come about and why they matter. Someone in the audience said she'd never been to a poetry reading before and wondered if it was okay to request a poem that hadn't been read yet. I wanted to tell the woman that if she ever goes to another poetry reading, she shouldn't expect it to be anything like the one she'd just experienced. Kathryn is the real thing. 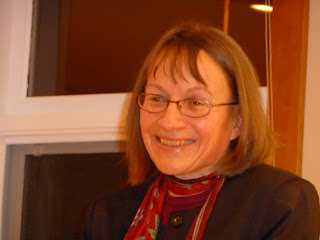 Twitching in a skin that no longer fits
convulsing against the chrysalis of my past
—who am I?

Disturbing, going to a neighbor's house
—their skin for mine,
their garden fits like somone else's shoe
—who am I?

Naked, my skin a parchment hung over bones I don't own.

I write to invent myself — each part of my surface
marked in a new way — deliberately
I take indigo ink and illustrate my feet
write new roots for this rootless one.

I write blue snakes over my wrists,
beween tendon and bone the snakes pulse
my hand falters...

I write my breasts
withered and spent upon the strength
of my three daughters.

I write my womb
the place where I invited the future.

I write until I become the night sky

I close my eyes.